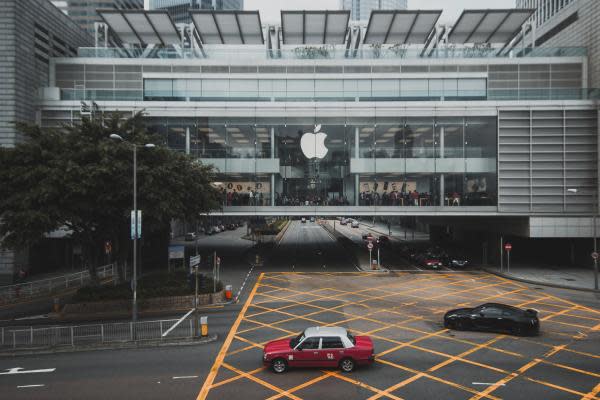 Apple Inc’s (NASDAQ: AAPL) rumored foray into the electric vehicle segment dominated by Tesla Inc (NASDAQ: TSLA) is a reason to own the stock, not to simply trade it, said CNBC’s Jim Cramer on Tuesday.What Happened: The “Mad Money” host pointed out that even with its existing portfolio of technology products, the stock of the Tim Cook-led company is attractive, according to CNBC.”An electric vehicle merely gives you one more reason to own Apple, not trade it,” said Cramer. “Hopefully, everyone will forget this story tomorrow and the stock will sell off, giving you another chance to buy into weakness.”The former hedge fund manager pointed out Apple’s $18 billion commitment to research and development and said an EV could materialize.Cramer theorized that apple likes to “disrupt big end markets [and]it doesn’t get any bigger than the auto industry.””If there’s anyone who can give Tesla a run for the money, it’s Tim Cook and his team at Apple,” said Cramer.Why It Matters: Cramer’s comments came after Tesla CEO Elon Musk revealed that he had reached out to his Apple counterpart Tim Cook for the purposes of acquiring his company, but the latter refused to meet up with him.See Also: Why Apple Could Emerge As Tesla’s ‘First True Competitor’The TV host cautioned investors not to value Apple in the same way as Tesla, which has run up 665% this year, and instead asked them to evaluate the company on the lifetime value of its customer base.He suggested Apple is more akin to Colgate-Palmolive Company (NYSE: CL) or Procter & Gamble Co (NYSE: PG) as the company depends on growing its subscription business and the App Store.As for if there was a catalyst beyond the subscription revenue stream, he said, “If Apple’s really working on an electric car … the upside could be enormous.”Price Action: Apple shares closed 2.85% higher at $131.88 on Tuesday and fell 1.18% in the after-hours session. On the same day, Tesla shares 1.46% lower at $640.34 and fell 0.94% in the after-hours session.Click here to check out Benzinga’s EV Hub for the latest electric vehicles news. See more from Benzinga * Click here for options trades from Benzinga * Why Apple Could Emerge As Tesla’s ‘First True Competitor’ * Google, Microsoft, Dell Join Facebook In Legal Fight Against Israeli Surveillance Firm NSO(C) 2020 Benzinga.com. Benzinga does not provide investment advice. All rights reserved.