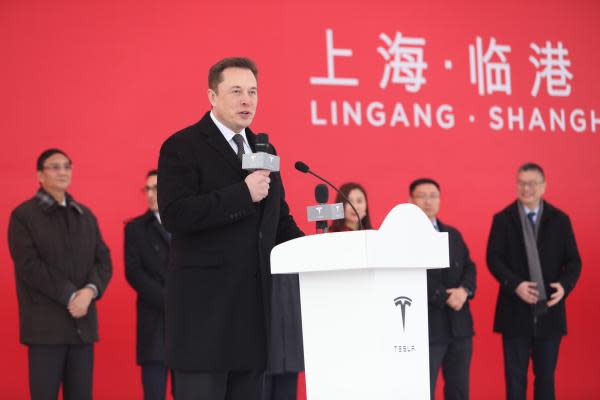 The streak of price cuts Tesla Inc (NASDAQ: TSLA) has been announcing for its Model 3 vehicles in China since late last year may soon come to an end.What Happened: With Tesla’s localization rate, or the proportion of parts made in China, having hit its target, the electric vehicle giant is unlikely to cut prices in the near future, state-owned Chinese news outlet Yicai Media said, citing Tao Lin, Tesla’s China vice president.The price of EVs largely hinges on the price of raw materials and components, and if these escalate, price hikes of Tesla EVs cannot be ruled out, Lin reportedly said.Since Tesla began making Model 3 vehicles in China, the company has made five price cuts between October 2019 and October of this year, the report said.This has taken down the price of Model 3 vehicles from 355,800 yuan ($54,4744) to 249,900 yuan ($38,260) in the country. Related Link: Why Tesla Is Unlikely To Buy A Traditional Automaker Outright With the cost of making a Model 3 EV in China working out to roughly 200,000 yuan ($30,620), the gross margin for the China-made EVs is estimated to be roughly 30%, which is higher than what is achieved with the U.S.-made EVs, the report said.Click here to check out Benzinga’s EV Hub for the latest electric vehicle news.Why It’s Important: China, according to analysts, is key for Tesla’s growth thesis. Following the launch of the Shanghai Gigafactory, the company has made strong inroads into the Chinese EV market.Tesla has also managed to keep at bay homegrown competitors such as Nio Inc – ADR (NYSE: NIO), and Xpeng Inc – ADR (NYSE: XPEV).The lack of leverage with respect to pricing could place Tesla at a disadvantage, especially as the Chinese EV makers have come out with guns blazing to take on their foreign rival.Related Link: Analyst Says Tesla’s B Stock Sale Is Smart Strategic Move See more from Benzinga * Click here for options trades from Benzinga * Apple Analyst: Cupertino’s EV Ambitions Could Play Out With Partnership With Tesla, Chinese EV Brands * Tesla’s Gigafactory Gives EV Maker Competitive Advantage To Tap ‘Eye Popping’ Chinese Demand, Analyst Says(C) 2020 Benzinga.com. Benzinga does not provide investment advice. All rights reserved.