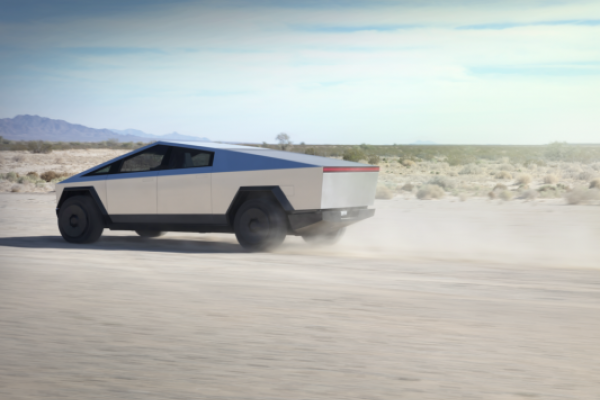 Ford Motor Company’s (NYSE: F) all-electric F-150 is the more popular choice among buyers in the United States than Tesla Inc’s (NASDAQ: TSLA) Cybertruck, according to research by Cox Automotive.What Happened: The study based on 155 in-market consumers was published last week and concluded that three in five consumers found the F-150 pickup truck appealing — which Cox attributed to familiarity.The respondents were shown images of each vehicle, without brand and model indicators and minus product details.Ford was popular among those surveyed in terms of appeal, winning over 59% of the respondents. General Motors Company (NYSE: GM) Hummer Electric Vehicle took second place at 41%.Amazon.com, Inc (NASDAQ: AMZN) and Ford-backed Rivian came ahead of Tesla at 39%. The Elon Musk-led automaker’s Cybertruck came in at the last spot at 19%. In terms of consideration, Ford led the pack at 45%, with three-quarters of respondents likely to consider the vehicle. Tesla came in second at 32%, Hummer at 28%, and Rivian at 25%.”Tesla and Rivian R1T scored well with younger buyers, and Rivian performed well among female buyers as well,” said Vanessa Ton, senior manager, Cox Automotive.Why It Matters: The non-traditional look of the Tesla Cybertruck didn’t impress potential buyers, according to the study.Price, performance, design, and size matter the most to potential EV truck customers, while the brand name and work use were the least important.”Ford leads in every attribute except tech advanced, where Hummer and Rivian are nearly tied for the lead,” according to Cox Automotive.See Also: Ford’s Electric F-150 Coming In 2022, Over-The-Air Updates PlannedTesla was ranked the lowest among important attributes that matter the most to pickup truck shoppers, as per the study.See Also: Jay Leno Takes Elon Musk For A Drive In A Tesla CybertruckPrice Action: Ford shares closed mostly unchanged on Friday at $11.52 and gained 0.43% in the after-hours session. On the same day, Tesla shares closed 0.2% higher at $846.44 and gained 0.1% in the after-hours session. Click here to check out Benzinga’s EV Hub for the latest electric vehicles news.See more from Benzinga * Click here for options trades from Benzinga * Tesla ‘Not A Competitor At All’ In Self-Driving Space, Says Waymo CEO * Tesla Secures Top Spot In JD Power’s Survey Of Premium EV Owners(C) 2021 Benzinga.com. Benzinga does not provide investment advice. All rights reserved.