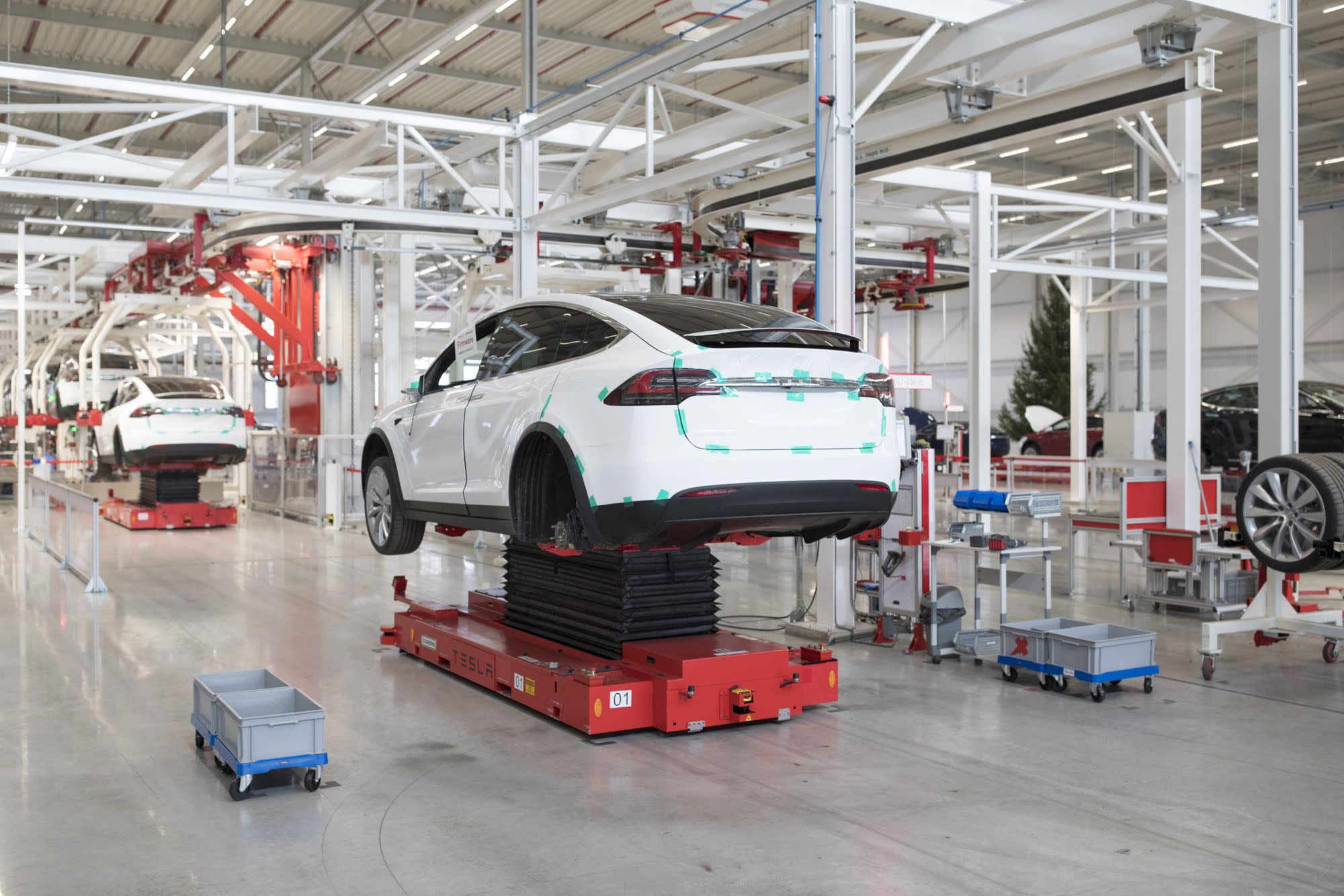 (Bloomberg) — The European Union paved the way for companies including Tesla Inc. and BMW AG to get about 2.9 billion euros ($3.5 billion) of state aid for battery projects that will strengthen the bloc’s position in the race to produce more electric vehicles.The European Commission expects the support to trigger more than three times as much private investment, bringing the total spent to about 12 billion euros. The aid will go to 42 companies across a dozen countries, with beneficiaries also including Fiat Chrysler owner Stellantis NV and startup Northvolt AB.The 27-nation bloc plans to slash greenhouse gas emissions from transport under the European Green Deal, an ambitious economic overhaul aimed at reaching climate neutrality by 2050. Along the way, the EU wants to reduce its reliance on EV batteries from Asian producers. The value of Europe’s battery market will reach 250 billion euros by 2025 and meet demands from the auto industry, according to the commission.“Europe will cement in this way its position as a global hot spot for battery investment,” European Commission Vice President Maros Sefcovic said. “This pan-European project will help revolutionize the battery market.”More information about the amount of aid going to each project will be available in the public version of the Commission’s decision once it has agreed with member states and third parties on any confidential business secrets that need to be removed.Aid for the projects, which are expected to be completed by 2028, will be disbursed by countries including Finland, Spain, France and Poland, and was coordinated by Germany. It follows a 3.2 billion-euro package to support a total of 9 billion euros of public and private spending that was coordinated by France and approved in December 2019.Pouring InBattery investment has poured in as Europe’s stricter pollution standards forces carmakers to embrace electric cars and limit carbon-dioxide emissions. BloombergNEF is forecasting 1.9 million sales of plug-in hybrid and battery-electric vehicles in Europe this year, topping China and almost quadrupling the total expected in North America.As part of the Green Deal, the EU wants to toughen its 2030 emissions-reduction target to at least 55% from 1990 levels, compared with the existing goal of a 40% cut. The overhaul is a key pillar of the region’s strategy to recover from the virus-induced recession.European policy makers are aware the bloc’s key industries risk falling behind if they don’t fill manufacturing gaps in energy-storage technology. Lithium-ion batteries will power plug-in cars and also help balance electric grids transmitting renewable energy including wind and solar.The battery initiative announced Tuesday got priority status as an Important Project of Common European Interest, or IPCEI. It will involve research and development of new technologies to reduce or completely eliminate cobalt or natural graphite and replace it with synthetics.The projects will cover the entire battery value chain, from extraction of raw materials, design and manufacturing of battery cells and packs, and recycling and disposal. The aid is expected to contribute to development of technological breakthroughs, including different cell chemistries, novel production processes and other innovations.Tesla’s AmbitionsTesla Chief Executive Officer Elon Musk has said the electric-car maker plans to add a battery-cell production facility at the vehicle-assembly plant it’s building near Berlin. The site will initially have capacity of more than 100 gigawatt-hours a year and eventually ramp up to as much as 250 gigawatt-hours, Musk said during a battery conference in November.“I’m pretty confident at that point it would be the largest battery-cell plant in the world,” Musk said. He didn’t give time frames for when he expects the facility to reach those capacity levels.The factory Tesla is building in the small town of Gruenheide will be the company’s first in Europe. It’s slated to start making vehicle in the middle of this year and eventually assemble as many as 500,000 cars annually. While construction is far along, the company is still awaiting final approval for the project from local authorities. It also has been hung up by environmental groups’ legal challenges.Other carmakers investing in European battery production include PSA Group, which merged with Fiat Chrysler to form Stellantis. It set up a joint venture called Automotive Cells Company with French oil giant Total SA’s Saft unit in September. Sweden’s Northvolt will operate a plant with Volkswagen AG in Germany, with BMW also participating in the project and ordering billions’ worth of batteries from the startup.Asian battery giants including South Korea’s LG Chem Ltd., Japan’s Panasonic Corp. and China’s Contemporary Amperex Technology Co. Ltd. also have said they’re going to set up or expand operations in the region.(Updates to add that the amount of aid per project is being released later in the fifth paragraph.)For more articles like this, please visit us at bloomberg.comSubscribe now to stay ahead with the most trusted business news source.©2021 Bloomberg L.P.