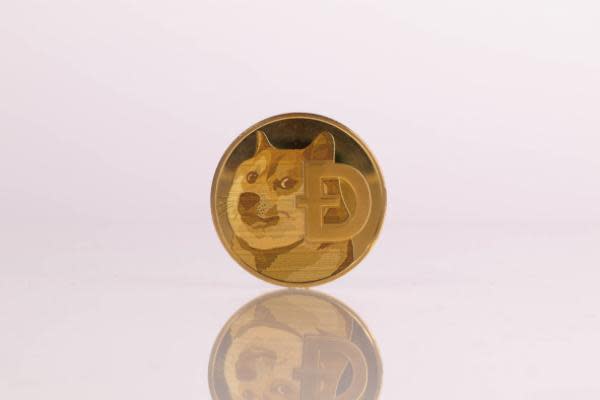 Tesla Inc. (NASDAQ: TSLA) CEO Elon Musk is asking major Dogecoin (DOGE) investors to “sell most of their coins.” What Happened: The world’s richest person, who has been an ardent supporter of the joke cryptocurrency of late, said such a move would get his full support and that he “will literally pay actual [dollars]if they just void their accounts.” “Too much concentration is the only real issue, [in my opinion,]” Musk added. As for those concerned about the drop in the market price of Dogecoin following such action on part of the “Whales,” as major coin-holders are referred to in the industry, Musk says prices could be “temporarily lower,” but this gives the potential for a “long-term raise.” Yup — Elon Musk (@elonmusk) February 15, 2021 Why It Matters: As Musk touted Dogecoin earlier this month, saying its stark high supply relative to Bitcoin (BTC) can actually be an advantage, he noted the concerns related to a small number of Whales holding a large amount of the cryptocurrency. The Tesla and SpaceX CEO previously dubbed Dogecoin “People’s crypto” and said one doesn’t need to be “a gigachad to own” the cryptocurrency. Benzinga’s Take: With Bitcoin’s prices surging to new highs, many retail investors have been looking towards lower-priced cryptocurrencies as a way for them to be a part of the action. Ardent supporters of Bitcoin note that retail investors don’t need to worry about buying an entire Bitcoin as it can be purchased in fragments, with 1 Bitcoin equal to 100 million satoshis. While Tesla has made an investment in Bitcoin, it seems that Musk is actually serious about Dogecoin’s adoption as “people’s crypto.” That gives concerns around early investors dumping their coins on newer retail investors who might be jumping on the bandwagon following Musk’s tweets. Mining Dogecoin was relatively easier back in the early days, around 2014-15, compared to other cryptocurrencies like Bitcoin, and few entities hold large amounts of the crypto. See Also: Dogenomics: What’s So Special About Dogecoin Anyway? Several cryptocurrencies like Litecoin (LTC) and Bitcoin Cash (BCH) have emerged over the years with the aim of being more friendly for retail investors and enabling day-to-day transactions than Bitcoin, but none is yet to find similar footing as the apex cryptocurrency. While Dogecoin has a major backer in Musk, the risks involved with the cryptocurrency remain high. Price Action: Dogecoin traded 3.09% lower at $0.058 at press time on Monday. Photo by Mark Verch on Flickr See more from BenzingaClick here for options trades from BenzingaDogecoin Co-Founder Says He Can’t ‘Comprehend’ Calls For The Joke Crypto He Created In 3 Hours To Hit © 2021 Benzinga.com. Benzinga does not provide investment advice. All rights reserved.