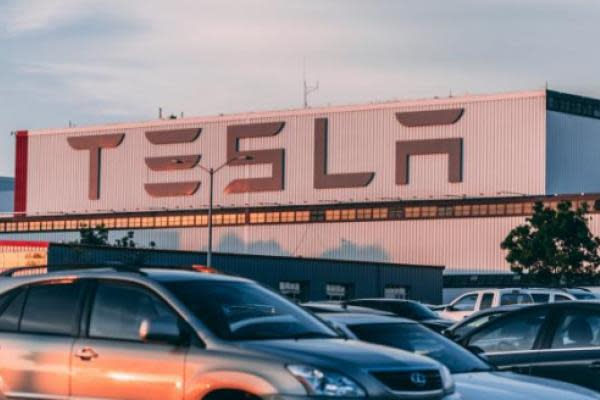 A huge 2020 was cumonated this week for Tesla Inc (NASDAQ: TSLA) investors after Tesla was added to the S&P 500 index at a record high market cap of above $625 billion. Tesla shares hit new all-time highs on Friday on forced institutional buying in the closing minutes and inflicting even more pain on Tesla’s battered short sellers.Tesla short sellers got a bit of a break on Monday after profit-takers drove the stock down 5.9%. That pullback has earned Tesla short sellers a more than $1.8 billion profit on Monday, according to S3 Partners analyst Ihor Dusaniwsky.On Monday, Dusaniwsky said Tesla remains the most heavily shorted stock in the world with more than $34.5 billion in short interest. That amount of short interest is three times the short interest of the second most shorted stock, Apple, Inc. (NASDAQ: AAPL). Apple has only $11.4 billion in short interest.Related Link: Cannabis Short Sellers Now Down 3M In 2020 Following Tilray-Aphria MergerHorrendous Year For Shorts: Even after Monday’s gain, Tesla short sellers have endured another $4.3 billion in net-of-financing, mark-to-market losses in the month of December.Following Monday’s pullback, Tesla shares are still up more than 730% year to date, and short sellers have been taking a pounding all year. As of midday on Monday, Tesla short sellers have endured $38.2 billion in mark-to-market losses in 2020, according to S3.Despite the huge losses Tesla short sellers have been adding to their positions ahead of the S&P 500 inclusion. S3 reported that Tesla’s short interest has increased by $1.5 billion over the past 30 days.”Shorts were active ahead of Tesla’s S&P inclusion and we may see continued short selling into the new year as short sellers look for the short-term pre-inclusion momentum and speculative long buyers to sell their long positions and realize mark-to-market profits in this tax-year,” Dusaniwsky said.Benzinga’s Take: Tesla’s market cap has grown to be nearly the size of the entire legacy auto market despite the fact that Tesla represents only a small fraction of global auto sales, so it’s understandable why short sellers are frustrated.However, shorting stocks that are caught in a bubble can be extremely dangerous given that irrational exuberance can last for years and the ultimate top is only reached once investor enthusiasm has died down.Latest Ratings for TSLA DateFirmActionFromTo Dec 2020CFRADowngradesStrong BuyHold Dec 2020JefferiesDowngradesBuyHold Dec 2020New StreetDowngradesBuyNeutral View More Analyst Ratings for TSLA View the Latest Analyst RatingsSee more from Benzinga * Click here for options trades from Benzinga * What Traders Need To Know About The Historic S&P 500, Nasdaq 100 Rebalancing * No, The Stock Tesla Is Replacing In The S&P 500 Is Not Down 85%(C) 2020 Benzinga.com. Benzinga does not provide investment advice. All rights reserved.