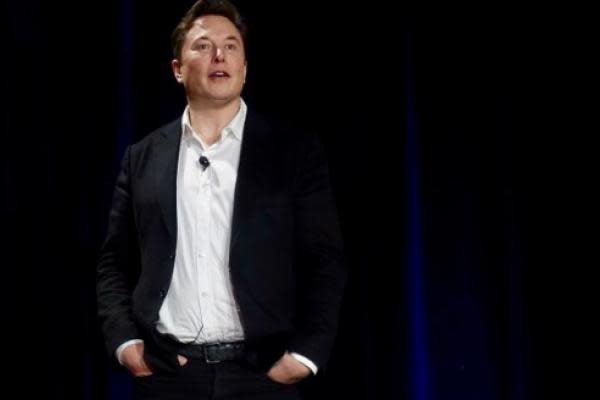 Investors and fans of Elon Musk can get an inside look at his life with an upcoming mini-series from HBO looking at the early days of SpaceX.Here are five things you may not know about Musk, the CEO of Tesla Inc (NASDAQ: TSLA) and SpaceX.1. Musk Doesn’t Like Facebook: Musk has spoken out against Facebook Inc (NASDAQ: FB) several times.He took down the Facebook pages for Tesla and SpaceX, but has kept pages for both companies on Instagram, which is owned by Facebook.”It’s not a political statement and I didn’t do this because someone dared me to do it. Just don’t like Facebook. Gives me the willies. Sorry,” he said.Musk tweeted in 2018 that he deleted his Facebook, calling it “lame” and even added the hashtag deleteFacebook.2. Musk Likes Twitter: While not a fan of Facebook, Musk likes using Twitter Inc (NYSE: TWTR).Musk said he spends a lot less time on Twitter than people think.”Some people use their hair to express themselves; I use Twitter,” he said.A study from Exness shows Musk as the most active CEO on Twitter. He tweeted 3,266 times in a 12-month period.The performance of Tesla was tracked in the study. On days when Musk tweets more than 20 times, Tesla shares see an average gain of 1.1%.3. Musk as Tony Stark: Musk served as the inspiration for the Tony Stark portrayal by Robert Downey Jr. in the “Iron Man” movies.Tony Stark was created in the comic books, but Downey Jr based his portrayal of the entrepreneur Stark off of Musk.Musk made a cameo appearance in “Iron Man 2,” which was his first acting role. Musk also played himself on in episodea of “The Big Bang Theory” and “Young Sheldon.” And his voice has been featured on “The Simpsons,” “South Park” and “Rick and Morty.”4. Musk Loves Video Games: Musk is an avid video game player.When he was 12, Musk sold a game company he founded called Blastar for $500.Musk has said that his favorite games are “Deus Ex,” “Fallout” and “Bioshock.”5. Tesla Close To Bankruptcy: Musk recently revealed on Twitter that Tesla was close to bankruptcy ahead of its Model 3 launch.From mid-2017 to mid-2019, Musk said the company experienced “production and logistics hell.”The company was a month away from bankruptcy and Musk said he put in the last of his own money, even though he thought the company would fail.”It was either that or certain death for Tesla.”Photo courtesy Steve Jurvetson on Flickr.See more from Benzinga * Click here for options trades from Benzinga * Camping World CEO Lemonis Shows Off Lordstown EV Pickup In Twitter Videos * Fisker Shares Rally On Bullish Projections For EV Developer(C) 2020 Benzinga.com. Benzinga does not provide investment advice. All rights reserved.